The Formicidae have arrived!

Newcomers to our galaxy have arrived. Rumors have been filtering in from the outlying colonies that a new race has been encountered. They have not come in peace, instead they have brought machines of destruction and conquest. All attempts at communications have gone unanswered or ignored, but their intent  is clear, extermination! Now they have arrived at New Terra, and have established a foothold.  We call them the Formicidae because of their appearance, but Bugs seem to be the common terminology for them.   The Terrans have drawn the line and are determined to stop these bugs and their conquest. War is here!

Reports of scout units armed with a plasma slug type weapons. They appear to have a natural shell armor and are bipedal. 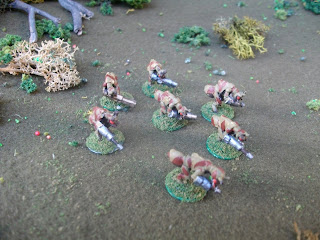 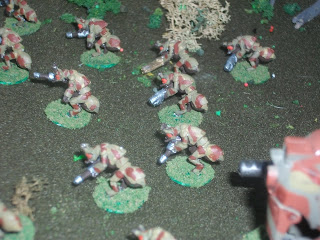 The Terrans have sent ad hock units in an attempt to slow the advance on outlying cities, hopping to gather intell on tactics and Terran weapon effectiveness. The swarms attack without hesitation and alway close assault with great determination. Never retreating, they depend on numbers of attrition. Infantry alone cannot stop them, they close quickly dropping their weapons, grab their opponents and rend them with their mandibles. H.A.M.R units have proven very effective as they are immune to these types of attacks. 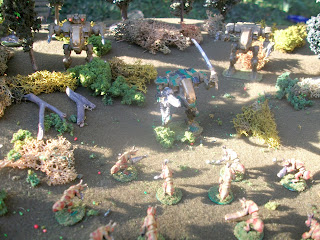 Heavy walker types have now been reported supporting swarms of assault groups. Also armed with plasma weapons. They are slow moving but appear heavily armored and armed. These have presented significant problems to the H.A.M.R units. Targeting the weapon systems seem to be the most effective way of dealing with them.  The bugs also have effective individually armed anti air assets that are keeping our Saber gunships at bay. 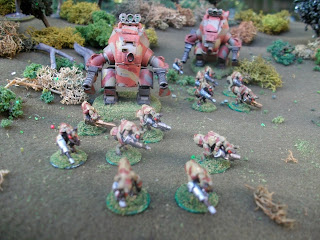 A new Bug asset has appeared where Terran resistance has prevailed. Although not as heavily armed as the walkers, they have a very tough shell armor. Targeting their legs and openings in the center section is the only hope of stopping them. That and fielding a powerful Gauss weapon, not yet ready to be deployed. 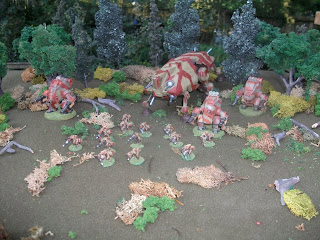 Large and ugly we call it the Roach. A battle wagon troop carrier with special assault troops only seen with this unit. The Roach will move up into our defenses and spew out close assault troops. 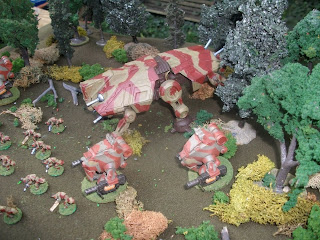 More reports to follow.
Posted by sureshaker at 8:22 AM 9 comments: